The Black Community: Why Be So Hard? (Repost) 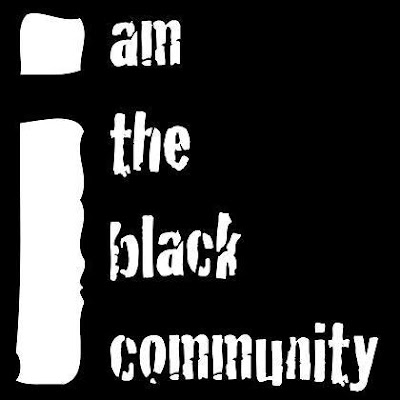 Why is it that the Black Community is its own worst enemy?  Why is it the often time members of the Black Community are hard on themselves?
These are two questions that I've always wondered since I've come into the acceptance of me.  For some reason, really since high school, I noticed that for some reason I never had that many Black friends because I am "too white." Also because of the fact that I really wasn't "hood" and the fact that I lived a sheltered life, many Black people often called me a "prep," "white boy,"and my personal favorite "sissy." I got called a lot of names.
For me, I was very academic and musical, so sports was not a major part of my life. As a Black man, I was often told that I wouldn't be "tough." However, I've grown up to be a tough man. A tough man who is Black and loves life in all its rainbow colored facets.  However, with the Black Community, I've noticed that the "Crabs in a Barrel" syndrome is a harsh yet dangerous reality.
I've noticed that whenever a person of the Black Community attempts to advance, there is always negativity or someone always trying to do something to keep that person from going forth.  Whenever a person tries to do something positive, they are told that it won't work, however, it is mainly because they aren't apart of that person's destiny.  It's as if we are still in slavery days.  I can really see the slavery complex in fruition.  However, I am thankful for those Black people who have pushed me to go farther than the stars. That it was I plan on doing.  I am planning on taking this blog higher than higher.
Why is it that an over achiever is often down played in the Black Community.  I see it is prevalent especially with those who date other races, or have an alternative sexuality.  Black people have a tendency to gossip and make sneers, as well as give that person looks of disgust.  I've heard people saying that "The Black Race is being wiped out." I beg to differ. I don't see how.  I feel that as a community that we are progressing.  However, we must rid ourselves of the slave mentality.  We must rid ourselves of self hatred and self loathing. Why is it that we hate our own people?
In the Black Community such high, unrealistic standards are placed on its members. We have to look a certain way.  We have to accept certain standards.  I refuse to accept less than the best!!!.  Why are we are own worst enemy?  Instead of helping the young man or young woman who has went astray, why don't you reach down and help them.  The Black Community is notorious for always kicking someone when they are down.
I've noticed this within my own family.  My favorite thing about the Black Community is that if a person leaves and attempts to live a better life, then they are often called a sell out or that are being a fake or a fraud. That's not true.  Whenever a person really lives and finds out who they are, it is who they are. I don't understand why the Black Community is opposed to change. I pray that we leave this slave complex in hell from whence it came.
Email Post
Labels: Black community hatred homophobia self hatred Slave mentality