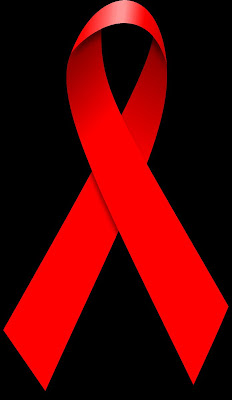 Many of you know what HIV is.  HIV  is a lentivirus (slowly replicating retrovirus) that causes acquired immunodeficiency syndrome (AIDS), if not treated.  With recent advancements in technology and medicine, many people are living healthy lives and are productive citizens.  HIV does not discriminate nor does it have anyone's name attached to it. It can affect anyone.
November 29th, 2012 proved a pivotal point in my life as I was diagnosed with HIV.  That day was life changing for me. Granted I have dated those who have HIV and have friends who have HIV and I've even had those close to my heart die of AIDS related issues, but to have actually contracted it completely changed me.  I refuse to look at it as a negative event in my life.
I admit that I did not use wisdom during certain activities and also the person whom I contracted it from could've known and lied or they may not have known their status. Nevertheless it is in my life, but it doesn't have my life.
Here I am 8 months later, living healthy, with a status of undetectable.  Undetectable means that the viral load is so low that it can not be detected by testing methods. However, it is still a chance that you could infect someone with the virus. Factors of infection may include the condition of one's immune system, number of exposures, recent immunizations (like flu shots), etc.
At first, I thought my life was over, despite my education and experience with those living with the virus.  I felt that no one would want to date me or have sex with me, let alone continue to be my friend. So far I have support. Now as far as my Mother and Father, you know how parents are.   My mother of coursed is continually throwing the Bible at me for my lifestyle as well as telling me that I need to repent. I just ignore her, but still love her. My father is supportive and makes sure that I'm healthy both physically and emotionally. Father dearest hasn't thrown the Bible at me.  However, me being his only child it is different.
8 months later I am growing stronger and wiser.  As far as the dating scene, I am currently in a relationship... but that's another story for another day.
HIV is no longer the death sentence it used to be.  GO GET TESTED AND KNOW YOUR STATUS. USE PROTECTION IF YOU ARE NEGATIVE AND IF YOU ARE POSITIVE. IF YOU ARE POSITIVE GET TREATMENT AND STICK WITH IT!!!  I do believe that there is a cure for HIV/AIDS.
WHO IS STANDING WITH ME?
Musique
Email Post
Labels: awareness HIV/AIDS prevention