Dating With HIV: Rejection and Ignorance 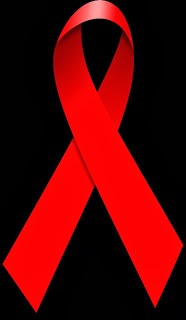 As Many of you know, In November, I was diagnosed as HIV positive.  It was a life changing experience. What an experience it has been!  I've encountered guys who were very much aware of what HIV is and are okay with it. Then I've encountered others that are totally ignorant of the virus.  They think HIV automatically means you are a whore or that you have AIDS.
Recently, I had a Suitor that had made plans to go on a date.  We had taken the time to get to know each other.  Then he asked the question that I really hate answering. "What's Your HIV Status?"
Due to the fact that I value honesty and the fact that I got HIV from someone who did not tell me their status out of honesty, I told him "I am positive." Click went the phone.  I later received a text that read "thanks for the honesty. I do appreciate, but I can't put my life in danger."
That text made me feel like I was a damaged good, which I'm not. It made me feel like because of my HIV status, like I was a threat to society or as if I somehow was tainted flesh.  I know it sounds crazy but that is how I felt.  The guy didn't even have the courtesy to talk to me before hanging up. He just hung up the phone.  It stung, as if I had been slapped in my face.
However, I just paid it and sucked it up.  This isn't the first time that this has happened. Online and In the real world, I've heard and read guys say things such as "If you have HIV you should be shot, "Safe, Clean fun only," and "Please Be Clean. Y'all Be Committing Suicide."
All of these comments are made out of ignorance.  In reality, they have already slept with someone with HIV and may not have known it.  I'm catching that a lot, especially in the South. Its even greater with Down Low men.  It seems as if no one wants to educate themselves.  It is true that ignorance is bliss, but the way to overcome the stigmas with HIV/AIDS is education.  I guess they feel if they don't know it won't  happen to them, when in reality it can.
One thing that I've had said to me is that "You don't look like you're sick."  Did you know that you can live healthy and have HIV? It is no longer the death sentence.  The fact that people feel that one has to look sickly or have some sort of deformity with HIV, which could lead to AIDS if untreated, says a lot of those who choose to learn.  Education is life.
The fact that in the Gay Community, people with HIV are looked at as dirty, damaged goods, and whores. You don't have to be a whore to get HIV. It only takes one time.  Alot of people are infect by people who either purposefully go around infecting people, some are raped, some got it on their first time because someone didn't know their status, or the person knew but lied. What about those who are born with HIV?  Its as if those with HIV/AIDS are counted as no good. However, We are just as good as anyone else. We deserve love too.
Alot of the rejection we face is due to ignorance and stereotypes and stigmas placed in the world by religion and other dumb butts who portray HIV/AIDS as Gay  Man's disease. It can affect anyone. I believe that with increased education there will be more understanding of what HIV is and what it isn't.
I've gotten to the place where rejection due to my status doesn't bother.  My question is when to disclose: when I first meet you or when we get ready to do the do?  From my current experience its be damned if you do, be damned if you don't.  So I guess its a trial and error to see if you would be rejected or accepted.  Some would rather do it early before any emotional attachment has formed. Some prefer to wait it out and see how the person is. Regardless, it is imperative that you share your status.  In my opinion, if that person rejects  you over that instead of taking the time to educate themselves, then shame on them. They didn't deserve you anyway.
Now, I do understand them being safe, but that's why they freaking made condoms!!!  In a day and age in which barebacking/unprotected sex is quite the trend, some will purposefully not tell their status just for a release while others will do it knowing someone is positive.  Let's do better y'all. Protect yourself. Less, do these people know safe doesn't always mean with an HIV negative person, IT MEANS USING A FREAKING CONDOM. TRY IT. IT SAVES LIVES AND HEALTH!!!
Love Ya,
Musique