Gay Bashed in the Queen City 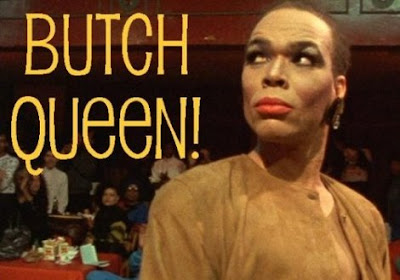 Gay bashing is a touchy subject and is a plague within the LGBT Community.  Many of us have stories to tell about being gay bashed. I have stories too. Many of us have been bashed by family with words, physically with violence, and even by the church.
Well on Sunday evening during an outing with friends I was actually verbally bashed. My friends (and I'm changing names to protect identity) were heading out to celebrate my brother, Cal's birthday that is this week, and we decided to get all done up and gussied up and go out to have fun at one of our favorite spots.  While Cal and my friend, Troy, were dressed in urban wear and the latest fashion, I decided to go as what we term in the LGBT, Ballroom scene, Butch Queen.  Butch Queen means that a dude does not does full drag however, wears female apparel which may include heels, a nice feminine shirt, and the proper accessories.
Many of you are familiar with this term from the hit documentary "Paris is Burning," it which it talks about the New York Ball Room Scene.  A lot of times Butch Queens are fashionably daring and can make an outfit work when it is done right.

Well my outfit of choice were some red thigh high boots, skinny jeans, and a fitted shirt, that had the shredded back with the word "love," on the front.  Cal, Troy, and I decided to go to McDonald's by "The Spot," to get something to eat before a night of celebrating and grooving to our favorite hits. Well as we walked into the McDonald's, the cashier greeted us, but then we hear this Black man saying "read your Bible."
I saw him, but I didn't see him because he was talking on the phone and I figured he was talking to someone on the phone.
He then looks at me and says "You're a sick motherfucker. You're an abomination to God. You need Jesus."
Troy says "how dare he call you an abomination and you can quote the Bible better than him." I wanted to say "and that cotton you're wearing is against God as well, asshole," but I paid it and I continued with my order and talking to my friends. The cashier asked him to leave as his friend escorted him out of the door.
It pissed me off, but I refused to let it damper my fun.  I was kind of reluctant to walk outside until I knew the coast was clear because I really did not feel like a confrontation with a religious bigot about how God made me.
As we walked outside, an older white couple told us "We made sure that they were gone." I thanked them for being so kind.  Apparently the episode pissed them off too.
The Gentleman of the couple stated "I can't stand people who do stuff like that. You weren't bothering him and I think you look fabulous."
We ended up making it to our destination safely and We had a great time. What really irritated me is that he quoted scripture as means of hatred and to discredit God's wonderful creation. He obviously missed the scripture on judging others and using profanity.
That's life,
Musique
Email Post
Labels: black men butch queens Gay bashing LGBT Rights