Dreaming About The Ex 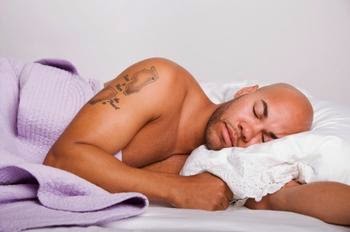 If you read this blog, then you know that I am currently in a relationship.  You would also know that the relationship prior to this one was not a healthy.  That ex whom we'll call Lucious was a user, liar, cheater, and your all around stunt queen!!!
Well on Friday night, I came home from work and I took a nap.  Guess who I dreamed about....The Stunt Queen Lucious. I dreamed that he and I were still dating.  I dreamed that Lucious and I were to meet my grandmother for dinner however, he had me to take him to a trap house to see someone that we all knew he hated.  However, he had me to call the police to alert them of drug activity.  I unwillingly called, and thought nothing of it.  Apparently, this was one of his stunts to get back at someone and redeem himself. Instead, in the dream, the police traced the call back to my phone and arrested me at my grandmother's house and I began explaining what happened.
The police then explained that they had been looking for my ex for quite sometime for somethings he did in the state of Georgia and North Carolina. The list ranged from fraud, murder, assault and battery, prostitution and drugs.  Thankfully they let me off the hook since I had a clean record and a great reputation.
I woke up from the dream, thanking God that my new lover treats me better and has a cleaner reputation than my previous lover.  However on Saturday while at work, an ex of the ex asked me had I talked to him lately and I quickly told that person that I disassociated myself with that ex and that my life is too busy, which I really was thinking I'm too good for that particular ex to be in my inner courts.
It seems coincidental however that alot of people have been warning me that they have seen my ex and that apparently he was just using me for my money to impress some other guy that he's allegedly engaged to.
Thankfully, Lucious is out of my life. I have more peace and less stress.  I think that dream was a warning of what could've been if I hadn't kicked him to the curb.  Although it hurt that he used me and lied to me and even cheated on me, I realize that it taught me what not to put up with in future relationships and in marriage.  I hope and pray that I will never see Lucious again.  He doesn't deserve my presence.