Black, Gay, and Bitter: Why So Bitter? 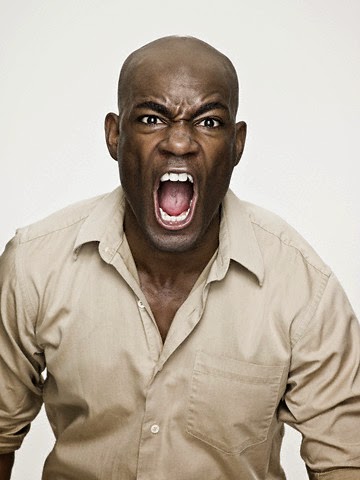 During the President's State of the Union, I was tweeting and I noticed that there were a lot of bitterness from the Black Community. Especially those of my Black LGBT Family.  As the President mentioned his mourning concerning Ferguson and other tragedies against the Black Race, some stated that President Obama, is the new Black face of White Supremacy, while others were bashing him for not going into depth about certain issues of race, LGBTI Equality, and other things.  One must understand that President Obama is not a super hero nor is he Almighty Zeus. He is a human just like us. We must look within ourselves and push for change as well. We cannot sit on our asses and do nothing!!!!
Now don't get me wrong I think that the president did an awesome job, but my question is why so damn bitter? Even with Michael Sam getting engaged to his longtime boyfriend, there were some bitter bitches about Michael dating and having a relationship with someone that is not a person of color.  I understand racism and self hatred is an issue for some people of color, but is that a reason for other Gays to hate on or down other Black Gays because they date outside of the race or because they don't act a certain way or because they aren't label whores?
Now granted there are some Gays that are bitter because they may have had some things that went haywire for them in life. There are other Gays that are bitter due to things that have been building up or the fact that there is an underlying cause for the bitterness.
Why so bitter? In reading various articles there's bitterness towards feminine men, my transgender family, my gender non conforming families, hatred towards those of us that are HIV positive, those that are succeeding in life, and those that are goal oriented.  There is also hatred towards masculine men, DL LGBT members, openly gay members, Older Members.  Where is all of this bitterness coming from?
Due to the bitterness and jealousy there is "shade" thrown, memes made, and just plain out ignorant comments on one's relationship, status, or even physical appearance.  I remember when I started dating my current Beau, I had a so called friend say "That will only last a week." Well to slap them in their face the relationship is still intact.   It was funny to hear them say that when they just recently got married and knowing that they've confided in me every tidbit of their relationship and marriage,  it made me wonder if there was trouble in paradise. I could hear Big Mama say "Baby, Misery Loves Company."
That is true. Misery does love company.  Some Gays are bitter because they want what you have and they expect it to just come to them without any work.  Others are bitter simply because they are just plain bitter and hateful.  Bitter people are dangerous because they do not see the good in anyone or anybody.
You must be careful and stay the hell away from bitter Gays.  They will ruin your life and reputation if you hang around them long enough.
Why so bitter? You can have the best in life. Go after it.
Yannick