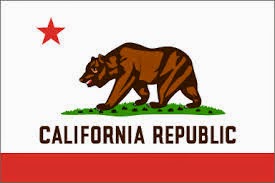 I'm sure many of you have heard about this, but an Orange County, California attorney has filed a ballot initiative with the California Attorney General's Office asking voters to push the criminalization of homosexuality and the execution of Gays.
Filed by Attorney Michael G. McLaughlin on February 26 and received by the initiative coordinator,  the ininitiative will allow him to begin collecting  the required 365,000 signatures to put the measure on an upcoming ballot for California voters.

The proposed "Sodomite Suppression Act," states "The abominable crime against nature known as buggery, called also sodomy, is a monstrous evil that Almighty God, giver of freedom and liberty, commands us to suppress on pain of our utter destruction even as he overthrew Sodom and Gomorrha.”
Here's another sick part of the proposed bill “The People of California wisely command, in the fear of God, that any person who willingly touches another person of the same gender for purposes of sexual gratification be put to death by bullets to the head or by any other convenient method.”
Here's the full proposal text here: https://oag.ca.gov/system/files/initiatives/pdfs/15-0008%20%28Sodomy%29.pdf

This is some backwards thinking. I hope this doesn't even make the light of day