Hard Versus Soft: The Demand to Pass 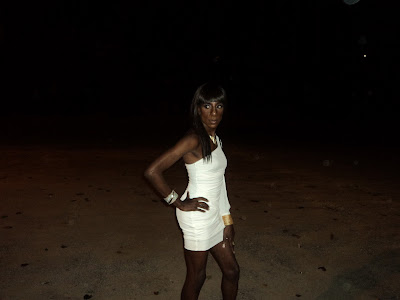 Being a Transwoman is hard enough. It is even harder when people require you to pass. Let me clarify what The Priestess is saying.
Passing in the Transgender Community means that is successfully scene and acknowledge as the gender that they are portraying. For example as a transwoman it is considered a travesty if you look "hard in the face" or have any resemblance to that of a man.  If you look "hard" you will get called a "brick" instead of soft and cunt.
As an trangender recording artist, I get the same schpill from my peers; "Yannick you should work on looking softer."  In the back of my mind I'm thinking "Bitch am I a damn pillow?"
Let me educate you Cis gender people on something. When a person transitions they do not do the transition to please you, but to please themselves. They are not trying to be the next beauty queen or next big star, they are just trying to be liberated and wanting to be loved.  The constant gender policing can be VERY harmful and annoying as fuck to someone who is beginning the transition.
As a person who is beginning the transition process, it is nerve wrecking to constantly hear someone ask "am I passing," or "you need to look more girly." I have one thing to say; STOP YOUR SHIT!!!!
Not every trans person has the resources for cosmetic, feminization surgery. Not to mention as a person  they have the fear of society's opinions, being attacked, not only that but their socioeconomic well being!!!  For one to say that a person should look passable means that that person should make themselves to be accepted by society which is a crock of bullshit!!!
Why can't we live in a society where people can just be without all of the unrealistic standards? Why must transWomen be held to such a high standard?  Why must transpeople be held to high standards as a whole?
When you demand a transperson to pass you are dictating their transition and making it yours, which is a sin against the transcommunity.  Did you know that even on a good day that some Cis Gender woman look "hard in the face" or that some Cis gender people don't look like the gender they are born as?  Why would you hold transgender people to a condition of passing? Oh You must've forgotten that the transition is not about you, but about the person that is beginning on a new journey!!!
Again Stop Demanding me to Pass, I just might hurt your feelings!!!
Email Post
Labels: Beauty Black Trans Lives BlackTranslivesmatter Social Norms transgender