I Haven't Really Told Them Who I Am 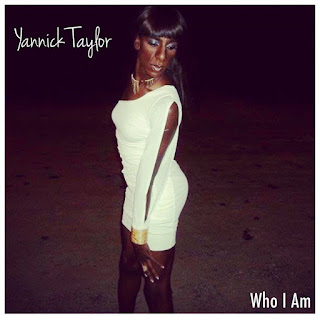 So Many of you know that it is a bumpy road with my family, especially me being an openly Gay Preacher, especially with me being a Transwoman!!!
The preface of this post comes after an argument, that I quickly de-escalated earlier tonight. Unfortunately I am living with "uncle dearest" and he threw up the fact that me wearing heels "depresses" him. Which I partly understand, but the head strong Pisces in me is saying "how is what I'm doing life affecting you, when you ain't buy sugar honey iced tea of mine."
I get it. Due to his religious and bigoted beliefs, he refuses to address my gender identity and my sexual orientation. But I'm used to it.
However, Although on this past Christmas in a drunken argument with my sperm donor, I simply yelled that I'm gay and transgender and that I preferred to be called Yannick. I haven't really had a formal sit down. One reason is because I'm living with a relative who I'm coming to despise with all of my might. The next reason is because I'm scared of the backlash and being disowned.
Unfortunately with Black Families they are cool with the Gays and Trans people, until it hits home in their own family.  What am I to do? Do I keep it secret till I start on hrt or start going through surgery or do I just say it at the next family gathering? Either way it's going to come out. I guess I'll just prepare myself for it.
Yanni T