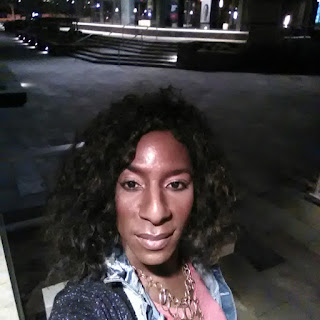 So It's been it's been six months since I became a single lady. I'm not complaining, however I've decided to give dating a try.  Nothing wrong with a girl trying is it?
One of the many woes that I have when it comes to entering back into the dating game is the fact that I encounter guys that only see transwomen as a fetish!!!  I am quick to remind them that I am a human being and not just a sex object.  Is this because of how men already view women in itself and could it be that society have made being transgender a sexual fantasy?
Most of the messages that I get in my inbox are from men who are married and looking to fulfill some sort of sexual desire or some horny guy that thicks his penis or open butthole is a great introduction or first impression.  With these actions I am quickly repulsed and agitated.
I am quickly thinking that I've made a mistake in trying to date right now.  Yes, I'm waiting for my knight in shining armor, but damn can a woman, get something real before she turns to dust?
Just today I was chatting with a guy online and he began immediately asking for nudes. Let's just say I quickly ended that conversation.  It is very frustrating when you are truly looking for something genuine but everyone is powered by sex and powered by what porn and society says Transwoman should be limited as.
There have been some men that are genuinely interested in me, but the catch is that they are downlow or either they can't even admit that they are into trans women.  It's 2017 people, why is it that we are still shaming people for what they like, dislike, love, and do not love?  It is exhausting indeed.
I am so tempted to just so fuck it when it comes to dating.  I refuse to settle for whatever I can find. I deserve to have what I want and not what's out there. I'm certain there is a man who is openly proud to say "I love transwomen and I don't give a fuck who knows it," and who also doesn't look at me as a fucking sex object. I want someone who values me for me. What do I do?
An Angry Transwoman
Email Post
Labels: Black Transwomen dating Fetishes relationships transgender