5 Years Since The Diagnosis 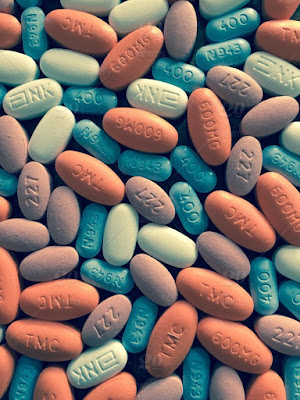 This blog post will find you a couple days before World AIDS Day which is on December 1st, 2017. Although we deal with HIV/AIDS awareness and education and what not on this day, the work does not stop and start on one day. It is an on going thing.
I chose this time to write this blog post, because today marks 5 years since, I found out that I had contracted HIV.  I will never forget that day for as long as I shall live. It was in 2012.
I had went in for my routine testing which was every 3-6 months.  I acknowledged that I was doing some risky sexual behaviors. Mind you I was a former sex worker, amateur porn star, and just living dangerously. I did hard drugs which is a constant struggle, but I'm yet holding on.
I had already had a dream months prior that I would end up positive, but the next day I had taken a test that came back negative, meaning that at that time I was not termed positive or the test was non reactive.  However, a few months later I decided to get tested again just for a follow up.
The test came back positive.  I was strangely at peace, but I knew that I would be okay.  I began my medical regimine and I have been undetectable. Undetectable means that the medicine or antiretroviral treatment is working and that the viral load levels is at a point to where it reduces transmission. According to Tyler Curry on Huffington Post "Once a person achieves an undetectable status, it is possible to remain at this level provided that the person is compliant with their ART medication."
I advise that if you are sexually active and not sexually active that you do get educated concerning HIV. Please also get tested if you are sexually active. Knowing and education is key.  Although there is prep, unfortunately not everyone has access to prep. Some areas in the US and throughout the world do not have the funding or resources to care for those affected by HIV and not many have access to prep due to issues with insurance and miseducation.
Yes, prep is helpful for HIV, but it does not protect against other STIs. Please use protection. Use a condom. Know your partner's status. Limit your sexual partners and know your status. If you are positive get in treatment and stay in treatment.
Love ya,
Yannick, The Priestess