Black Panther: Stand up. You're a king!!! 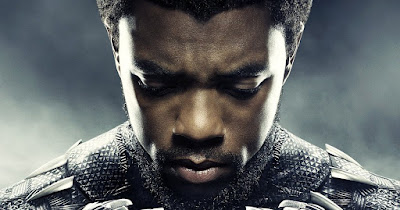 What can I say about the Marvel Comic Movie, "Black Panther" except "Wakanda Forever?" I went to see this groundbreaking and highly anticipated film on the opening night. Yes, I plan on seeing it again. Why? This movie is not just another film with a predominantly Black Cast, but this movie is important for several reasons. It is not your everyday run of the mill showing Black Folks and People of Color as oppressed, slaves, hookers, pimps, druggies, and shitshows.
Black Panther deals with historical colonization by European countries and how they want us only for what we can get out of them. It also encourages the Black Community to unite for the common good and to spread love to the world.

This movie is not only important socially, but politically. It shows that Black people are powerful and that we must stand up and take our place and fight against what we have been told that we are. We are great. As T'Challa's father King T'Chaka said to T'Challa during a Wakandan ritual after becoming king "Stand Up. You're a King." This movie has so much wisdom. Please go support this movie. I will be reviewing this soon on Black, Trans, & Beautiful on iTunes, Googleplay, Stitcher and Spotify.
Email Post
Labels: Black Films Black panther Black Super Heroes Marvel Comics Movies T'Chaka T'Challa Wakanda